APSYS POLSKA BROKE THE BANK OF AWARDS AGAIN THIS YEAR !

Three shopping centers managed by Apsys Polska have been awarded during the ICSC Solal Marketing Awards Competition and the PRCH Retail Awards (Polish Shopping Center Council). The first competition highlights the best marketing practices in the shopping center industry and the second one awards the best centers and retails chains but also creators of the best marketing campaigns in the industry.

• Manufaktura won the ”Golden Solal” in the ”Footfall Activation” category for its event ”Digital Origami and Light Up Manu”, organised in collaboration with the street theater festival taking place in Lodz. Customers marveled at the spectacular light installations. This event was awarded in ”The Best Event” category at the PRCH Retail Awards.

• Posnania received the ”Silver Solal” for ”1st birthday of Posnania” in the ”Brand Awareness & (Re)Positioning” category. The shopping center also won a prize at the PRCH Retail Awards for ”Posnania Airlines” operation, drawing on the highest standards offered by airlines and emphasizing the above-standart services offered by Posnania.

• Galeria Katowicka won the ”Silver Solal” for the campaign ”Czorny Piatek, Black Friday in Silesian Way” in ”Sales Activation” category. Through this event, the center showed how to build a sense of relationship with customers thanks to the tradition appeal and the sense of the local belonging. This action also won the main prize in the ”Best Proposale Campaign” category at the PRCH Retail Awards. Galeria Katowicka also received the PRCH Retail Awards distinction of ”The Best Performance” for having the best results on the market.

• 3 Stawy Shopping Center received a prize in the ”Best CSR Campaign” for its action ”The Love Bird”. The aim was to provide real support in the reconstruction of the population of small birds that have disappeared from Silesian cities. The campaign has been a real success, for both customers and social organizations and will be renew on the following years. 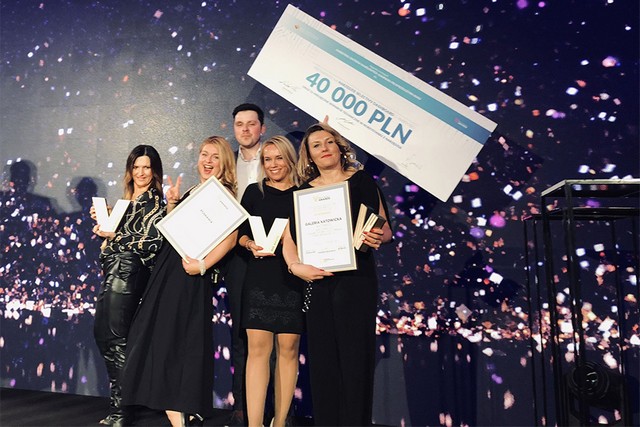